One in three motorists involved in car accidents in wintry conditions did not fully de-ice their car.

New research by a money saving website VoucherCodesPro.co.uk has revealed that as many as one third of British motorists either experienced or came close to a car accident this winter after not fully de-icing their car.

Furthermore, only a tenth admitted that they would be ensuring their car was fully de-iced in the future.

Initially, respondents were asked to reveal whether they’d experienced a car accident or had come close to having one so far this winter.

Whilst almost half (48%) said that they had not, 36% said they had come close. The remaining 16% stated that they had experienced some form of motoring incident this winter.

Those who’d experienced a recent motoring accident or had been close were then asked to continue with the survey. Each participant was asked to reveal the cause of their accident or near-accident.

Researchers gave them a list of possible answers and were asked to select all that applied to them.

Those who had come close to, or had experienced a car accident were asked if there had been snow or ice on their cars on the morning they set off on a journey that proved dangerous, and more than half (53%) admitted that there had been.

Of those who said they had not de-iced their car properly, the majority (61%) admitted it was as a result of running late and not having enough time to do so, with 22% confessing that they did not have the correct de-icing appliances within their vehicle.

Worryingly, only 11% said that they would be ensuring their car was properly de-iced in future.

“For the sake of being a few minutes late, it’s worth making sure that your windscreen is properly cleared of all ice,” advised George Charles of VoucherCodesPro.co.uk

Gareth is a versatile journalist, copywriter and digital editor who's worked across the media in newspapers, magazines, TV, teletext, radio and online. After long stints at the BBC, GMTV and ITV, he now specialises in motoring.
@garethherincx
Previous Britain’s favourite car colours
Next Return of the Renault Alpine

Wimbledon stars and their cars 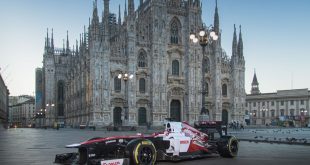 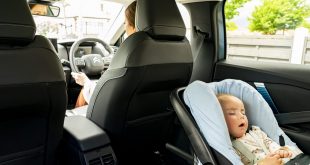 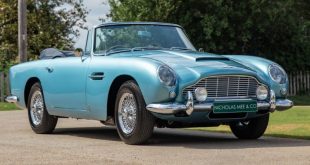 A 1964 Aston Martin DB5 Convertible, ordered and owned by the man who gave his …